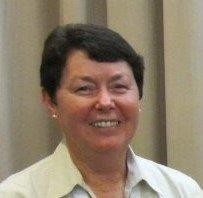 In the mid-1980s, Linda resumed her professional career as a primary school teacher and later became a school principal. Promotions in this role through schools of increasing complexity saw her managing a total staff of 90 odd and working with government officials and community leaders. During this time, she developed skills in strategic planning, policy development, operational planning, budgeting and financial management, people management, and resource management. Until her career took her to locations in which hockey was not played, she was a regular member of Qld Vets/Masters teams. Linda was an accredited AA Umpire and is a Level 2 Technical Official and Level 2 Coach. She is a Masters Coach at Queensland and Australian levels. Linda is currently a member of World Masters Hockey’s Events Committee, HA Masters Committee and Operational Group (Women), HQ Women’s Technical and Masters Committees and is contributes to Sunshine Coast Hockey Association as a Technical Official and Women’s Masters selector. 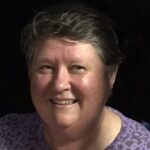 Belle and her two brothers have played hockey since the early 1970s and were all still playing until the close of the 2021 season when she retired. Hockey has always been an important and constant part of life. Belle was Club Captain of both Bulimba and Kedron Wavell Hockey Clubs and competed in the BWHA for many years.
She discovered Masters Hockey in 1998 and began playing in the Gold Coast Hockey Association Competition. Belle has represented at Club, District, State and National levels. She is currently a member of the Gold Coast Women’s Master’s Committee holding the portfolio of Logistics. With her recent retirement from active play she now is able to direct her interest and knowledge to the administration and promotion of Women’s Master’s Hockey.
Belle was a physiotherapist working in the fields of rehabilitation and aged care. She was the Director of a large multidisciplinary Team and hopes to bring a range of organizational skills to her position on the HQWMC.

Deb trained in business management and worked her way up to becoming an executive in the insurance industry developing policies, procedures and integrated risk management systems. In more recent years, Deb has been an owner operator of small businesses employing up to sixty (60) staff. This has involved the usual mix of staff recruitment and retention, advertising, client service and financial management. Deb designed her own newspaper advertisements, a skill now used to promote hockey in the Gladstone community through newspaper articles. She could be classed as a genuine hockey all rounder. Her list of credits include: Association President, Secretary/Treasurer, Fixture Coordinator, Registrations Officer, Promotions Officer, Association Coach, Association Team Manager and representative player. Deb has also found time to represent Queensland at the last four HA Masters Championships.

Sue was a primary school teacher for 37 years prior to her retirement in 2016. During that time she coached and managed many Mackay primary school and Capricornia district school hockey teams.
Sue started playing hockey at primary school under the expert tutelage of well known local Mackay coach Lena Saunders. She continued playing until having her children, and then resumed hockey, and then played Masters Hockey in Mackay. Sue has been a player, volunteer, Treasurer and Manager for her local association.
Sue started managing Queensland Womens Masters teams when her husband worked out of town for weeks at a time. She has managed Qld teams since 2007. She has also managed Australian Womens Masters teams in 2016 and 2018 and 2019.
Sue retired with her husband to Redcliffe 6 years ago, and has been playing in the BWHA Monday Masters fixtures, and has managed teams from both Redcliffe and BWHA Womens Masters. 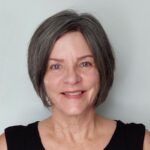 Having played, coached, umpired and selected at state and association level, as well as taking on many volunteer roles on various committees, Joy has a thorough knowledge of how hockey works at grassroots level.
Joy’s professional experience in library and community services, along with her computing and research skills, have also proven valuable in her work on the Hockey Queensland Women’s Masters Committee. 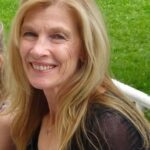 Myra is a genuine hockey tragic and has devoted a fair proportion of her adult life to promoting the sport and ensuring that it grows in her localities. Not many can say that they started a club from scratch and nurtured its growth. Myra did this in Moranbah in the mid 1970s.
She has skills in assembling teams to get jobs done to a high standard. She has been the go-to person for the organisation of the 40th, 50th60th and 75th year celebrations for her club in Maryborough and for the 30th and 35th year celebrations of HQ Women’s Masters Championships and 30th year of HA Women’s Masters Championships. A feature of these celebrations has been the extensive displays of memorabilia that Myra has encouraged others to donate or loan. She has taken a special interest in the growth of junior hockey as well as Masters hockey, coaching, umpiring and selecting. Myra has been a fixture in Queensland and Australian Masters teams for the last 20 odd years. This hockey tragic even came out of a lengthy retirement from indoor hockey to participate as a player at the first HA Masters Indoor Challenge and was selected in the Australian team for the 2019 Masters Indoor World Cup in Hong Kong. 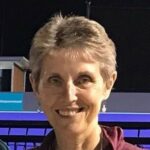 Karin trained as a pharmacist and has a postgraduate qualification in pharmacology. She worked for 10 years in the Queensland hospital system where she had experience in managing staff and attending to the needs of stakeholders. Her professional career in the service sector continues as manager of the information technology unit at the State Library. She has almost unparalleled experience in sports’ leadership, management and administration having spent 20 years as a Board member of HQ, the last eight (8) years as President. Concurrently Karin was, and still is, President of Brisbane Women’s Hockey Association. She has skills in corporate governance and management in the government and not for profit sectors as well as a long history in hockey operations, from the canteen to the board room and all places in between. Karin has represented Queensland in Masters both as a field player and as a goal keeper. She has also worn the green and gold as a member of an Australian team. 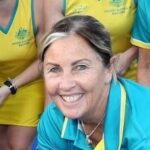 Coming from a hockey family with her father an A Grade Women’s umpire in Sydney and her mother a NSW State player, Megan was destined to follow the family tradition.
She was committed to Vets/Masters hockey even before she was of Masters age, selecting and coaching Queensland teams and has since 35 has played for club, association, state and Australian teams. She also cannot remember a time when she was not busy in the administration, and promotion of hockey at Club and Association level.
As a former teacher and current small business owner she has acquired skills that assist in her role in the QLD WOmen’s Masters Committee. 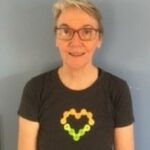 Diana began playing hockey at High school before joining Taxation club in Brisbane during her University years. Life and family meant she spent a lot of years overseas and played some hockey for the Welsh counties. Back home, involvement in hockey was to coach both junior and senior teams whilst playing Masters.
Her main love though was selecting which she has been doing for 20 years at club, Brisbane, State and Australian level. At present she is Convenor for both Queensland and Australian Women’s Masters selections. Diana continues to work as a Physiotherapist in the hospital setting and has previously worked in the Sports Medicine area. She continues to enjoy all things hockey.

Masters Events around Australia and the World

ALICE SPRINGS MASTERS GAMES  WILL NOW BE HELD IN 2023